What's your caption for this week? 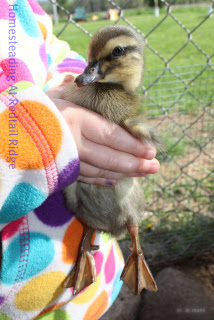 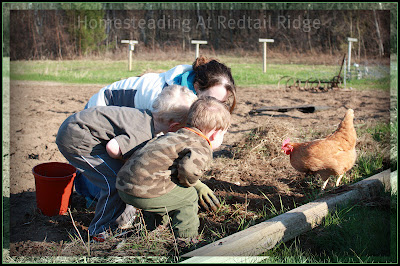 Can ya eat it?
This week's caption is by Leigh over at:
5 Acres & A Dream
Please hop on over and take a look at
her blog.  Soooo much good info.
She's done some calculating on energy self-sufficiency.
A little eye-opener.
"Ready, set, GO for that worm!"
by Mama Pea over at:
A Home Grown Journal
HEY! Who laid that egg?
by Jill over at:
Welcome to...Chillin' with Jill
Henny Penny clucked, "I TOLD you the sky was falling!"
by labbie 1 over at:
The Adventures of Garrett Squared
Hmm, have you ever seen a hen lay something like THAT before??
by Kim over at:
Millie's Mats


Let me tell you a secret...the next one to take my egg is gonna get it!
by Jacky over at﻿:
Dicky Bird's Nest
It looks like she is telling them some kind of story
"...and that is why the chicken really crossed the road."
by rugosarosefarm over at:
Rugosa Rose Farm
Now children, while looking closely you'll have an opportunity to use
those talons of yours. Be ready. Scratch and peck, scratch and
peck. Its all in the timing...
by DebH over at:
Dakotagoats
A worm? Wheres a worm? I don't see no worm?
by Jennifer over at:
Our little Farm

Your going to plant that?
by Nancy over at:
Babbelot
I remember when I was a kid, back before X-Box ...
by Dean over at:
Dean McNamara
Come on girl. Lay another egg. You can do it. Give us one more for
the kids. Just one more little egg.
by Ronda over at:
The Pauly Principle
Get back, that worm is mine!
by jonette
A super thanks to all those playing -- and even to those who comment
without a caption--you know I love it!
This is a picture of my daughter weeding the strawberries.
When she would find a worm, she'd yell, "gusano!" (worm in Spanish)
The little boys would come running and so would the hen, LOL!
I love the little boy butts in the air :-)
.....dr momi
Posted by dr momi at 2:25 PM

Email ThisBlogThis!Share to TwitterShare to FacebookShare to Pinterest
Labels: Need A Caption

i'm not a rubber ducky! i don't have a squeaker!

Help! Shes gonna squeeze the poop right out of me, lol

What?!? I took out an ad for a personal assistant..Polk-a-dot Coat Girl here is the only one who answered the ad!

I prefer stripes and earth tones, but if you insist on bright dots, well...

Ha! I LOVE your bilingual chicken from last week!! :)

You must tell me who dyes your feathers