Someone had to have dropped off those kittens.  They were way too tame --- and they just "showed up" one day.  I found the first one in the garage, playing with imaginary mice.  "What's that?" I said to my husband.  "What?"  "That"   --- "I have no idea where THAT came from."  It was a pure white kitten about 7 wks. old.  Now, how many of you know that when you pick up a 7 week old kitten and it starts to purr you go "awwhhh" inside?  She was named Blanco. (even though I know it should have been Blanca)

It wasn't long after I found "Spot".  He was totally white except for one black spot.  They seemed very hungry.  All I had was dog food, but they devoured it.  I have never had an inside cat.  These were not going to become the first.  So, Spot and Blanco played and slept in the garage.  I kept a little dish of food on the porch.  That afternoon I came out and there they were nursing on a white mama cat!!  She was very tame too.  Thinking they might have been someones barn cats, I let them figure out where they were going to live.  They left ----- until the next afternoon, when the kittens showed up again!  No mama -- just the kittens.  It was like I was being "used" as a babysitter!

﻿﻿﻿﻿
﻿﻿﻿﻿      Needless to say, the grandkids fell in love with them.  All the cousins kept taking turns holding them.  When it was Gracie's turn, she wanted to give the kitten a ride in the stroller......as in we were suppose to push her and the kitten around.  She settled into the stroller with her arm around the kitten, making sure it couldn't get away, and my daughter-in-law started to push her.  What a cute picture -- I grabbed my camera.  After a while, my daughter said "awwhh look the kitten fell asleep."  I guess you might have had to been there to see the horrer that fell over my daughter, daughter-in-law and myself, as we realized at the very same time that perhaps Gracie was holding on a little to tight!  In unison we all said, "Is that kitten breathing?!"  ----- (Now, do you really think I would be telling this story if it had a bad outcome?)  Turns out Gracie was an excellent kitty sitter.  A quick check revealed the kitten WAS sleeping.  Just taking a snooze while she was being pushed in the stroller. :-) 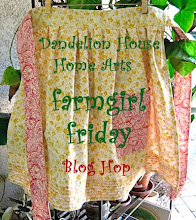 Email ThisBlogThis!Share to TwitterShare to FacebookShare to Pinterest
Labels: Stories

I also have a white mama cat that showed up a few years ago and had kittens under the porch. She was the neighbors barn cat but decided she liked it here better! She is still here (living in the house so the coyotes don't get her) and so is her son, Bob. They are both pure white and hard to tell apart!

This makes me smile. Your picture is precious. Almost every critter we've had...just showed up at our house (some others were rescues). Hubby said that word was out that I was a softy.

What an adorable little girl.

So cute and cozy! I think those kittens have found a perfect forever home.